← back to
Fonolith
Get fresh music recommendations delivered to your inbox every Friday.

Stars and Rumours of Stars 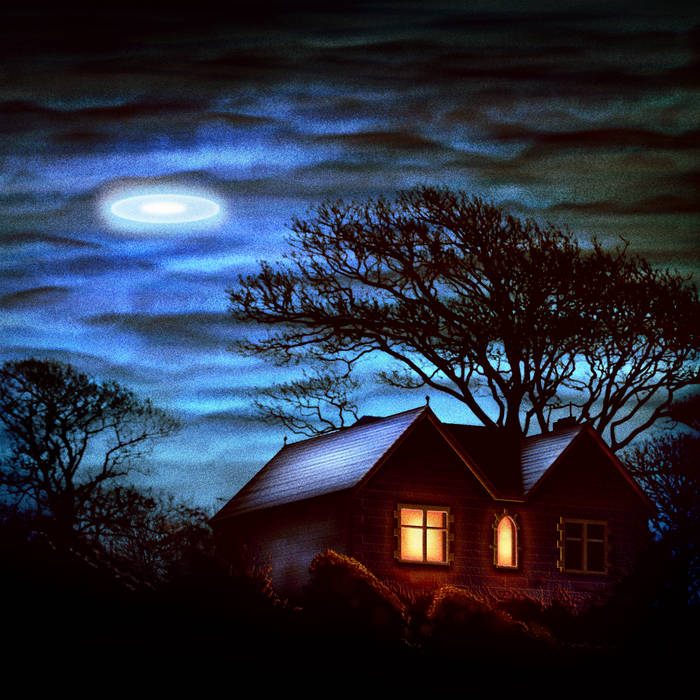 amc Is it future past? Or past future? Whatever it is, it's strong.

The latest in a series of remastered archive releases on Fonolith from Neil Scrivin (aka Phono Ghosts and Meatbingo).

Recorded during the winter nights of late 2004, ‘Stars and Rumours of Stars’ explores the duality of inner and outer space by way of digital soundscapes, reverb-heavy textures and crunchy percussive elements. From the chilly, wind-swept ambience of ‘Skywatch’ to the interstellar rush of ‘Omni Voyager’ and cyclical hypnotic groove of ‘The Power of the Spiral’, SAROS illustrates a moonlit meandering into darkened woods for encounters at the interstices between worlds.

"It's an ambient delight, flitting from the playful chaos of 'Omni Voyager' to the intergalactic whine of the title track ... this is one to get your mitts on." Fin Milligan - Electronic Sound

"... nods to sci-fi-inflected electro, while simultaneously sitting in a sort of underexplored no man’s land between industrial drama and ambient sensitivity. The album pivots on the shrouded of ‘The Power Of The Spiral’, wherein a simple, haunting melody gives the piece a mesmerising quality caught perpetually in tension with slowed-down beats and a nagging bass motif." Mat Smith - furtherdot.com

"This tape may have been initially recorded in 2004, but let’s be clear: this is totally a 2019 release. (Literally and stylistically.) To circle back to those scamps from Hawkins, Indiana – they’d probably be totally down to listen to Neil Scrivin during a D&D sesh, the moody synth pulses and electro beats just downtempo enough to not overpower the room. The Duffer Brothers should be popping this into a cassette deck near them, and the S U R V I V E dudes shouldn’t go another day without enlisting Scrivin for their next tour. That’s the power of “Stars and Rumors of Stars.” Ryan Masteller - tabsout.com

"Scrivin is somewhat of a geographical outlier with regard to the retrofuturist sound of 1980s kids like John Maus, Gary War, Ariel Pink and the like. It looks like the producer, reared on Casio keyboards and a Commodore Amiga, has been careful to keep his distance from the obvious associations with their lo-fi synth pop, while still sticking with similarly ghostly soundscapes mostly released via his own Fonolith label. As if to stake a claim on this self-contained universe of creepy analogue nostalgia, Stars And Rumours Of Stars features an EP’s worth of unreleased material from 2004, each track featuring the glowing edge that has become a signature of Scrivin’s work." Steph Kretowicz - The Wire

The albums presented here were created between 2002 and 2010. Many as contributions to the PFB 'album a month' project in which I participated with Kris & Ade Blacow. I currently produce music as Phono Ghosts, Meatbingo and The Night Monitor, and operate the Fonolith label. ... more

Bandcamp Daily  your guide to the world of Bandcamp